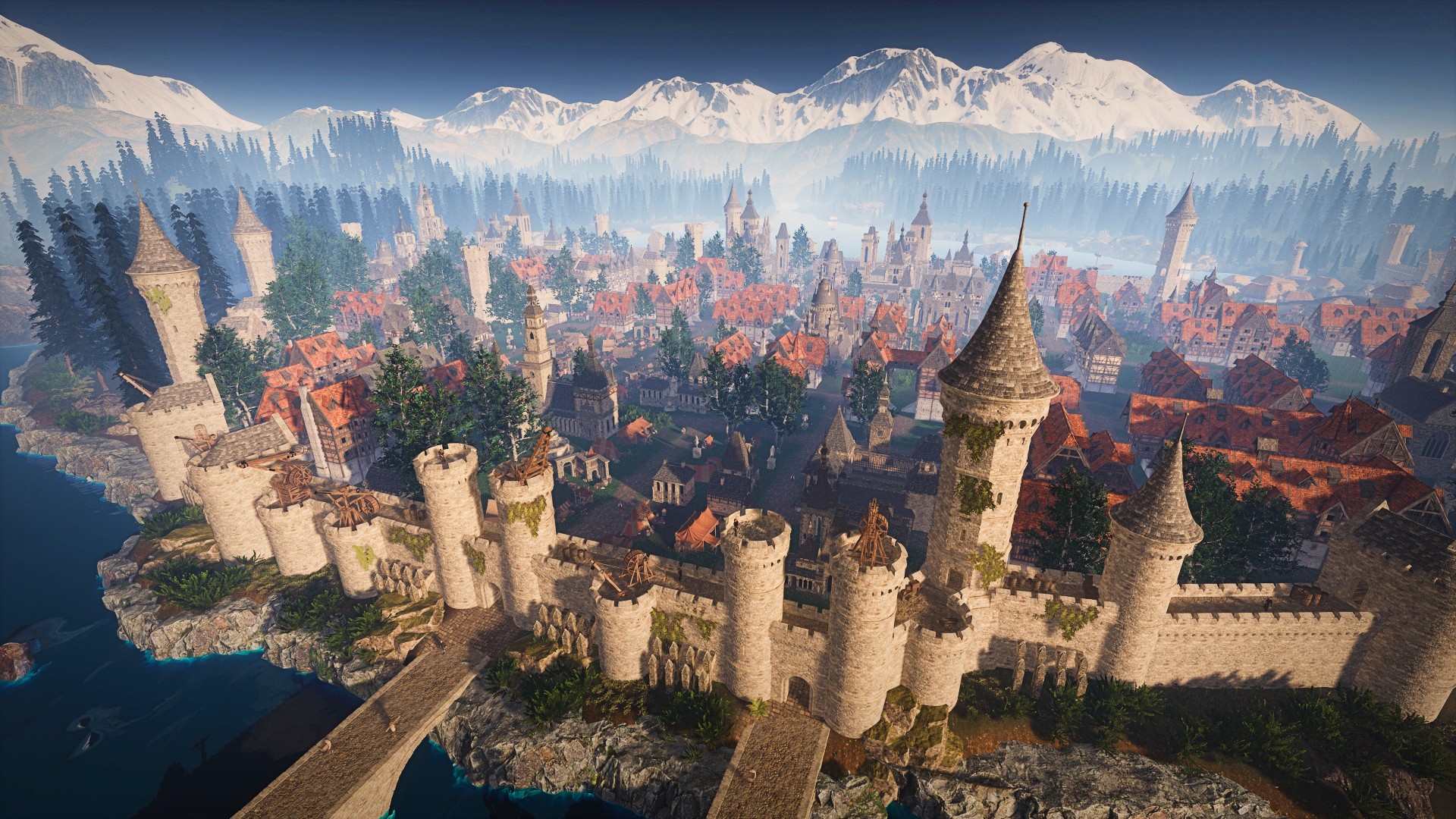 Sim Farm has unveiled Feudal Baron: King’s Land, a medieval city builder where you’re tasked with commanding and expanding an ol’ city in the name of the sovereign. Doing that requires taking care of citizens’ needs, designing a tax system, collecting the resources you need to grow, trading with merchants, and holding off invading forces.

Things don’t start that big, though. The king hands you a small group of citizens, a modest settlement, and a challenge to gather the resources to grow your settlement in a way that keeps the locals satisfied. Accomplishing those goals is going to require heaps of gold. Not only will it allow you to expand your humble slice of the kingdom, but it’ll keep the royal treasury satisfied, too. You can get plenty of it, though, by utilising collected materials to craft tools and weapons, selling them to various merchants.

That’s not all you’ve got to worry about, either, as you need to defend yourself, too. You can do that by collecting goods to fortify your city so you can survive a siege. Oh, and you’ve also got to worry about fires, plague outbreaks, and rebellions – it’s the medieval times, after all.

Best assault rifle Warzone: what is the top AR in battle royale?