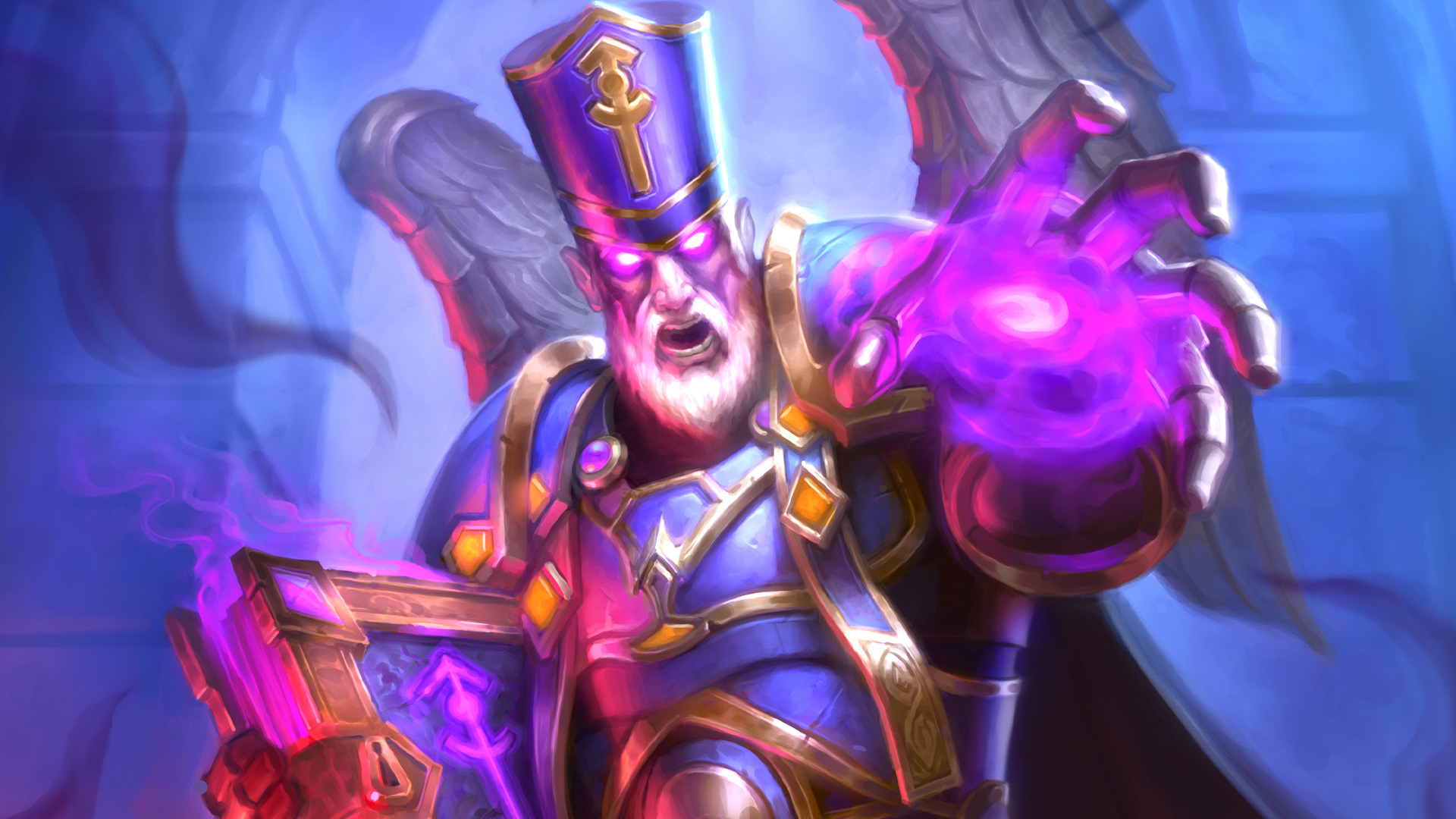 After seven years, Shadow Priest is finally coming to Hearthstone

Shadow Priest is finally becoming a playable class in Hearthstone. Well, sort of. Blizzard’s take on card games is adding a new card that’ll shake up the Priest class in a big way, giving it an entirely new playstyle. This’ll be part United in Stormwind expansion, due to launch with the usual host of new features later this summer.

Priest gets a new card called Darkbishop Benedictus, a five mana, 5 / 6 minion with a special effect at the start of the game: “if the spells in your deck are all Shadow, enter Shadowform”.

“Off the bat, you start in Shadowform, you get to do the Dark Priest thing,” senior game designer Liv Breeden tells us. “But there’s a price to it. You can’t have any holy spells. You can’t have any un-typed spells (spells without the Shadow tag). Your healing is really limited as a Shadow Priest, you only have life steal spells and that’s about it. There’s a pretty heavy price to pay to make this really big switch.”

Hearthstone Battlegrounds is getting cosmetics, including a Shadowlands tie-in